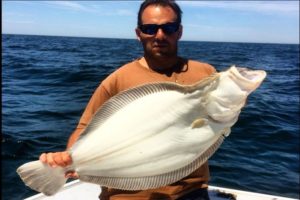 The jig was the ticket today. Rob landing not one but two personal best jig fish!! He started the day with a 12.5 lb tog and within 30 minutes he upped his personal best with a 13.5 lb tog!!! That was not it for us. A few minutes later Rocco’s drag was screaming and eventually his personal best tog at 11.03 lbs! We thought Rob had his 3rd DD of the day a little later but the fish weighed in at 9.8lbs! All fish were released unharmed. Congrats guys!!! ... See MoreSee Less

Share on FacebookShare on TwitterShare on Linked InShare by Email

Share on FacebookShare on TwitterShare on Linked InShare by Email

Posted by Bad Influence Sportfishing on Sunday, May 19, 2019